“We looked at 15 of the most common bee species in southeastern cities and – through fieldwork and labwork – found that increasing temperatures in urban heat islands will have a negative effect on almost all of them,” says Steve Frank, an associate professor of entomology at NC State and co-author of a paper describing the work.

“What’s exciting is that we were able to use a relatively easy lab test on individual bees to predict how whole populations will fare at higher temperatures in urban areas,” says Elsa Youngsteadt, a research associate at NC State and co-lead author of the paper. “This is a tool we can use for additional bee species in the future, giving us insights into how urban warming affects ecosystems.”

In the laboratory portion of the study, researchers established the critical thermal maximum (CTmax) for all 15 bee species. This involved placing the bees in tubes and gradually increasing the temperature until each bee became incapacitated. The most heat-tolerant species included the carpenter bees Xylocopa virginica and Ceratina strenua, with CTmax values of 50 to 51°C (122 to 124°F). Some of the least heat-tolerant species included a green sweat bee (Agapostemon virescens) and a bumble bee (Bombus bimaculatus), each with a CTmax below 45°C (113°F). It’s worth noting that the CTmax is the temperature at which an insect is incapacitated, but the insect is adversely affected at lower temperatures and may leave a habitat or reproduce less.

“After measuring the CTmax values, we still didn’t know whether the way individual bees responded to temperature in the lab would correspond to how bee populations respond to higher temperatures in messy, real-world habitats,” Youngsteadt says.

The researchers found that the response of the 15 bee species studied in the lab corresponded to each species’ abundance in urban yards. In other words, the lower a species’ CTmax, the more its numbers declined with urban warming.

“This is certainly relevant for urban heat islands, but it may also help us understand potential effects of global climate change on bee species,” Youngsteadt says. “If species that have a lower CTmax are most sensitive to urban warming, they may also be most sensitive to warming in other environments.”

The paper, “Physiological thermal limits predict differential responses of bees to urban heat-island effects,” is published in the Royal Society journal Biology Letters. April Hamblin, a former graduate student at NC State, is co-lead author. Margarita López-Uribe, a postdoctoral researcher at NC State, is a co-author. The work was done with support from USDA’s National Institute of Food and Agriculture, under grant number 2013-02476; and from the U.S. Geological Survey under cooperative agreements G11AC20471 and G13AC00405.

Abstract: Changes in community composition are an important, but hard to predict, effect of climate change. Here,we use a wild-bee study system to test the ability of critical thermal maxima (CTmax, a measure of heat tolerance) to predict community responses to urban heat-island effects in Raleigh, NC, USA. Among 15 focal species, CTmax ranged from 44.6 to 51.38 °C, and was strongly predictive of population responses to urban warming across 18 study sites (r2 = 0.44). Species with low CTmax declined the most. After phylogenetic correction, solitary species and cavity-nesting species (bumblebees) had the lowest CTmax, suggesting that these groups may be most sensitive to climate change. Community responses to urban and global warming will likely retain strong physiological signal, even after decades of warming during which time lags and interspecific interactions could modulate direct effects of temperature. 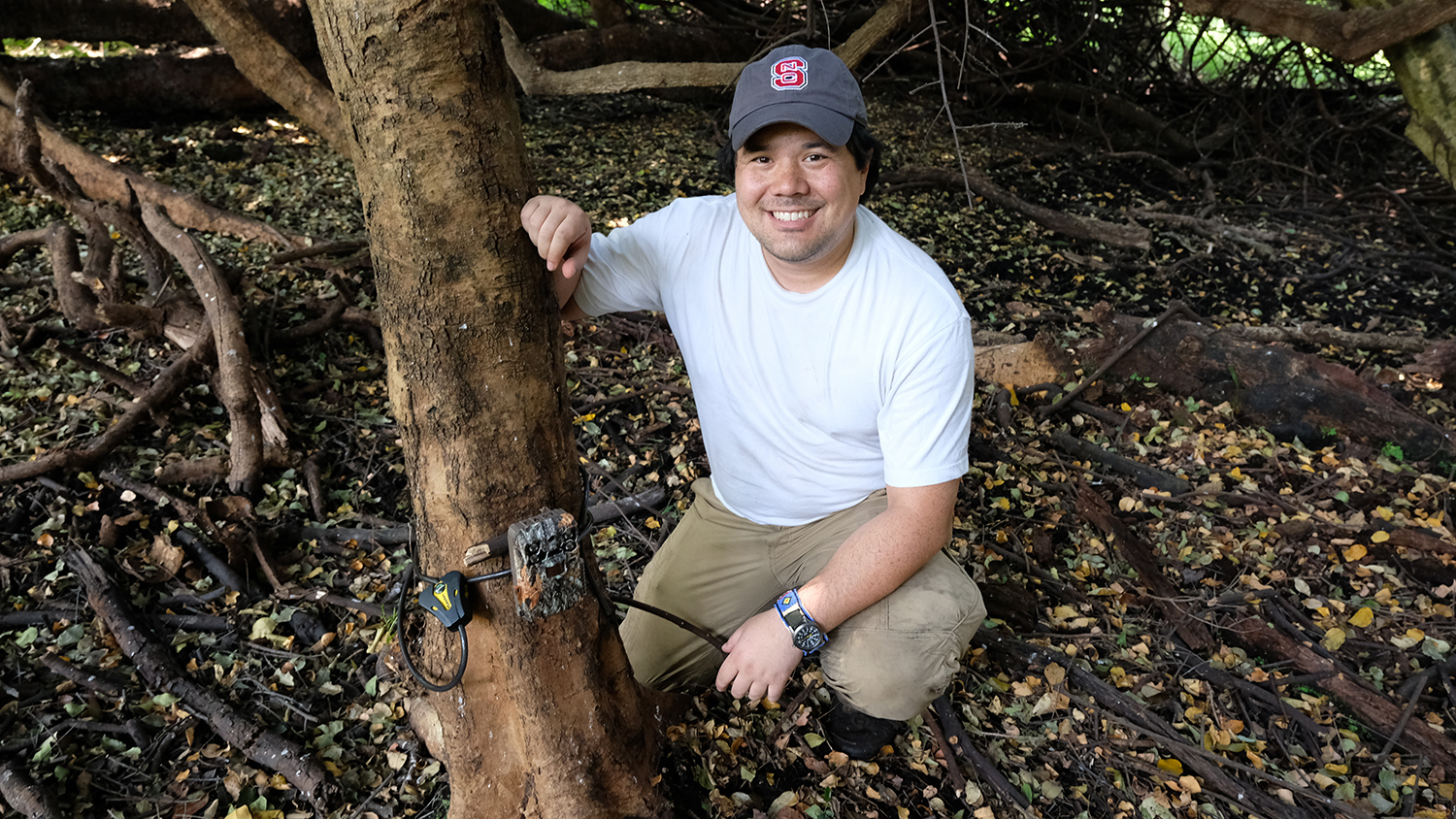